Germs will be with us as long as life exists. We become the secret garden of these parasites. Arm yourself with knowledge by clicking once on the name of the disease to read more. 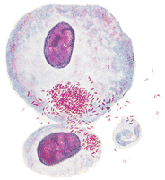 A few decades ago, rikettsiae were consecutively considered as being viruses or bacteria. In fact they are neither. They belong to a group of intracellular germs with a poor enzymatic component. Therefore, they have to use for survival, the ensymatic system of the cell they invade. This is why we call them obligated intracellular organisms. 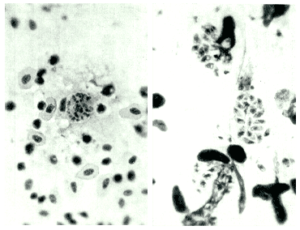 This infection can present as an acquired or congenital form, acute or chronic, generalised or localised. In the brain, heart, skin, eyes, glands. Anywhere its evolution can be slow, in the shelter of a dark cyst. It can cause abortion or severe visual impairment in the newborn.
Today this serious disease is widespread and, despite intensive researches following its fortuitous discovery, the treatment is difficult, relapses are frequent and very often the diagnosis is missed. 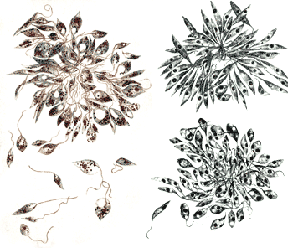 Another species of the Trypanosomatida family. Also adapted to the intracellular life in human kind. It has been identified in Europe, Asia, Africa, and from Mexico to Argentina and Chile. Parasiting the liver, the spleen, the bone marrow and the lymph nodes of the endothelial tissue in case of visceral leishmaniosis. In this cases, the IgE will drastically increase. Anaemia will be detected as well as splenomegaly and repeated bouts of fever. Another important form of Leishmaniosis is the so called “Bouton d’Orient” and other ulcerations where the germ can stay alive for more than twenty years in the subcutaneous tissue.

Malaria remains a fierce killer of humankind. It kills between one and three million people every year – half a holocast per annum. 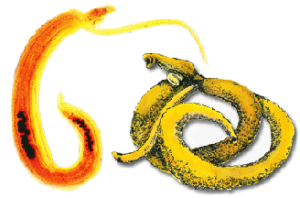 Even though Bilharzia is one of the prominent diseases in South Africa, it often remains undiagnosed, as the expected blood in the urines is a rather rare symptom testifying the presence of the worm.

This parasitic disease is caused by a Trematode (blood flukes)of the genus Schistosoma. 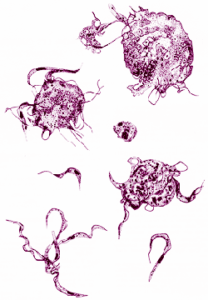 One important species of the Trypanosomatida family. Trypanosoma brucei gambiense is transmitted by hanging onto the proboscis of the tsetse fly. This fly moves very little, lives in some areas of Africa and is a glutton, feeding every day. Trypanosoma brucei rhodesiense is an acute form of the sleeping sickness.
This disease expresses with a sudden laziness, the face of a greedy guinea pig and the neck of an ostrich, which seems to have swallowed a few jewels to testify to the passage of tourists. This is caused by cervical gland hypertrophy.
This protozoa takes up residence preferably in humans or in dogs, but also in camels, pigs, cows, goats and sheep.
It is principally an African disease, found in endemic and epidemic forms. Its victims are thus far a medical novelty. It is found from Central Africa to the Zimbabwean borders, and in Latin America. My father managed to isolate it from the blood of bats that were haunting our attic in Antwerp.
How often has this condition been misdiagnosed as the popular Glandular Fever – Ebstein Barr virus? 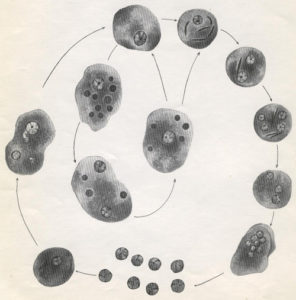 Found in contaminated water. It can cause digestive problems, livers’ abcess, lungs’ abscess and meningitis or encephalitis. The search of cysts with four nucleus in the stool of patients shows that the parasite is cosmopolitan.

Due to its size, it could be compared to a large cruiser where smaller germs take place and even survive there after the elimination of the amoeba from the human body. 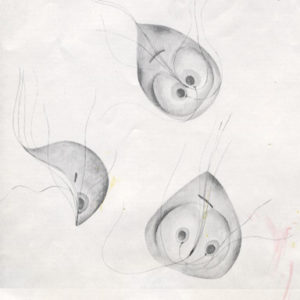 1. Intestinalis: Parasites the intestine where it feeds by osmosis- real leaches on intestinal mucosa. It has a round structure that enables it to do so. As a consequence, the carrier will experimence diarrhoea with flatulence followed by constipation. This will also produce ulcerations and malabsorption. They are know to invade the gallbladder or the mouth and the stomach.

2. Vaginalis: To be found in the vagina, the urethras and the prostates. It cannot be cultivated in alkaline solution but only in acid environment. It will do better where endocrines abnormalities are present. 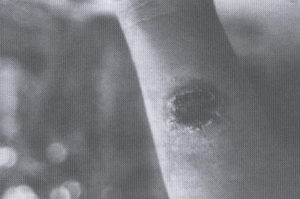 Leishmanian ulcer with elevated edges where parasites will be found. The middle becomes progressively scar tissue and contains no parasites.

The causative agent is Francisella tularensis. This condition is also called Glandular fever and tick fever. Rabbits and deer are the most common reservoirs amongst other domestic and wild animals. Ticks and other blood-sucking arthropods are infected in most part of the world. This germ is a very small gram-negative coccobacillus. It is also an intra cellular organism that needs cysteine to grow faster. The actual reported cases of disease is low. However this does not reflect reality as the diagnosis is not often queried. The clinical picture includes enlarged glands turning into abscesses, cutaneous ulcers, pulmonary symptoms and gastro-intestinal symptoms. Lymph nodes biopsies do not heal easily and are often followed by the formation of never ending fistulas. Other symptoms commonly found are fever, headaches, abdominal pain –IBS – and fatigue.

Often considered as a rickettsiosis, is a parasite of human, fish, canines and horses. In the latter, the disease manifests as an intestinal malabsorption. The germ penetrates the white cells and causes leucopenia and thrombocytopenia, as well as liver abnormalities. Erlichia platys of canine origin has been described for the first time in Australia – early 2001. Coming from Africa, it was isolated in the USA in 1978.

Is the only disease ticks transmit without any vector, directly via a neurotoxin produced I the salivatory glands. That way, the victim may be paralysed, suffering from chronic muscle weakness or may be die.

First described as transmitted by goat’s milk, is also a member of the swirl of the raving mad. Its first name comes from the Island of Malta , where it appeared early in the nineteenth century. It is a remarkable disease considering its geographica distribution. It is found in the Middle East, Africa and all over Europe. Its rapid evolution is characteristic. Starting with fever, any organ may become involved and lead to severe complications, just as in tuberculosis, which it seems to copy.

Are you still there?

Did you follow me in that labyrinth packed with disgusting creatures?
My intention was not to lose you, by dropping them as breadcrumbs instead of stones, not to put you to sleep, counting germs instead of sheep, but to bring you face to face with the obvious, so that it can hurt you, as much as it hurts me.

It is obvious that these germs having killed millions of people in the last century, as Nobel prize winner of Medicine, Hans Zinsser stated in his book Rats, Lice and History – have not disappeared. They are simply not spoken of and hide themselves behind masks such as CFS, Fibromyalgia, Depression or Candida. Furthermore their prolonged physical presence will sooner or later lead to cellular changes. Both Morphological and Physiological. The modified cells will be bombarded by various auto immune factors – CRP, ANF and anti parietal factors, RF, thyroid antibodies, cardiolipins, anti mitochondrial antibodies, Coombs test. Therefore, depending on where their main action will take place in the human body, the above germs could explain auto-immune and idiopathic diseases such as:

In the case of unsuccessful elimination of the abnormal cells by the auto immune factors, these abnormal cells will be cloned at the same level than the normal ones. This is when cancer takes place.